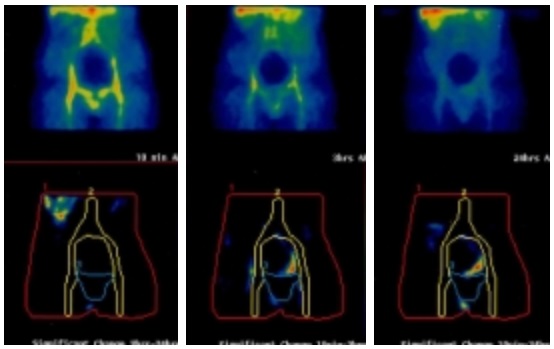 Clinical symptoms in ovarian cancer do not appear until the late stage of the disease, and this often leads to poor outcome in the treatment of the disease. On the other hand, discovery of the disease in early stages usually results in excellent prognosis. Screening for high-risk population and usage of antigen CA125 significantly improved the diagnosis of OC. However, the CA125 test gives a large number of false positives and the CA125 elevated level usually becomes known at late stages of ovarian cancer development and very often too late to make use of it.

Recently, it has been shown that the use of modern mass spectrometry techniques allow us to identify some potential biomarkers in serum proteome that can improve the diagnosis of OC. The assumption is that the protein/peptide patterns are linked to clinical conditions and therefore can help to reliably diagnose patients.

In our previous study—the “pilot” study — we reported that mass spectra from the low molecular weight serum proteome carry information useful for early detection of ovarian cancer. It was shown that combining a single MS peak with CA125 allows statistically significant discrimination at the 5% level between cases and controls up to 12 months in advance of the original diagnosis of ovarian cancer. Such combinations work much better than a single peak or CA125 alone.

The above images a patient's scan over a period of 24 hours, with the variation being analysed.